A fatal collision caused by distracted driving killed a 40-year-old woman near Sherwood Park early Monday morning.  The accident occurred at the intersection of Baseline Road and Highway 216.

The Royal Canadian Mounted Police stated that the woman had exited from the highway and was in the process of turning onto Baseline Road westbound when she unsuccessfully stopped at the stop sign and as a result was hit by a large tractor-trailer traveling east.

Baseline Road, where the accident occurred, was closed in both directions for more than an hour while the RCMP investigated the accident.  RCMP report that speed and alcohol are not suspected to be factors in the accident.

Another tragic accident caused by distracted driving that could have easily been avoided. 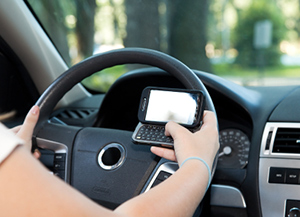