How to Deal With Insurance Adjusters After a Car Crash

Getting into a car accident is a scary and confusing experience for drivers and passengers. In 2019 there were an estimated 2,736,257 police-reported
motor vehicle crashes where at least one passenger vehicle was towed from the scene of the crash in the United States.

Understand the goals of the insurance carrier

It is critical to understand that the goal of the insurance adjuster is to help limit the amount of money the insurance carrier pays for your claim. Insurance claims adjusters are trained negotiators, and they are looking for ways to get you to admit fault or to admit that you are not as injured as you say you are.

Yes, insurance claims adjusters are going to seem friendly, even if they work for the carrier of the other party involved in your collision. However, their friendliness is designed to lull you into a sense of false security and say things that you would otherwise not want to say to the insurance carrier.

“It is important for you never to say that you were at fault for the vehicle collision during conversations with claims adjusters. This can make a potential case more difficult.” – Keith, car accident lawyer in Denver, CO

Even if you are aware that you contributed partially or completely to the accident, do not say so. This could hinder your ability to recover any compensation for your injuries or property damage. Simply put, admitting fault could be the end of your case.

Even if another party contributed to the incident, you could still end up bearing 100% of the fault if you tell an insurance claims adjuster that you caused the crash.

Be honest, but be guarded

You do not want to lie to an insurance claims adjuster. If you know the answer to basic questions that they ask, such as how fast you were traveling at the time of the incident, you can answer them. However, if any question a claims adjuster asks you requires you to guess or speculate about the answer, simply explain to the adjuster that you cannot recall or that you wish to speak to an attorney first. If you already have spoken to your insurance company and you don’t agree with your insurance adjuster, an attorney can help you fight against that.

If an insurance adjuster asks how much damage your vehicle sustained before you have had a chance to speak to the mechanic, tell them you cannot answer that question yet. Additionally, only give the claims adjuster the information they have requested and never anything more.

Never give a recorded statement

Often, injury victims will say something that they think is innocuous that is later used against them. For example, if you are engaging in small talk with the insurance claims adjuster and talk about how you took your kids hiking the day before, this could send up red flags to the adjuster, particularly if you are claiming to have a leg injury.

Work with a car accident lawyer

If you or somebody you care about has been injured in a car accident caused by another driver’s actions, speak to a skilled car accident lawyer as soon as possible. An attorney will understand how to deal with insurance claims adjusters, and they will handle this process for you.

When you work with an attorney, you will be able to focus on recovering from your injuries and spending time with your family as opposed to juggling your words with insurance claims adjusters. 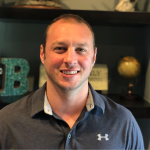