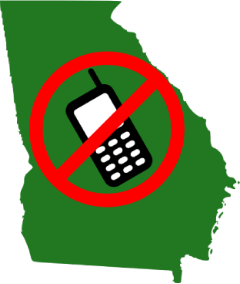 It has been over two years since the State of Georgia enacted a ban on texting while driving and many drivers are not happy with the results.

Texting while driving, as proven by study after study, is a real threat facing drivers every day on the road. Drivers who text at the same time are found to be 23 times more likely to be involved in an accident.

Since its inception, state records reveal that less than 50 drivers a month are being convicted of the offense. This has resulted in only a grand total of 1,281 convictions in the state.

Many law enforcement officials feel that the law as it currently stands is too difficult to enforce. While authorities have to prove beyond a reasonable doubt that a driver is texting while driving, drivers can simply stash their phones away and deny any allegations.

Georgia State officials have been trying to find the perfect balance that works towards keeping everyone safer on the roads. Another proposition moved through the state legislator in 2010 when the current law was initially passed was directed only towards drivers under the age of 18.

In states like California, New York, and New Jersey highway officers are having no trouble enforcing the law. This is because any hand-held devices usage while driving in these states warrants a citation. As a result, New Jersey has ten times the number of infractions of Georgia and other states with similar texting only bans.

Ultimately the issue is a matter of safety. While you as an individual may be taking personal responsibility and abiding by the law, many others are not. To protect yourself in the event that you are hurt in an accident due to another’s negligence, always have an accident attorney ready for the day you may need them.